Is risky paediatric limb-lengthening surgery a thing of the past? 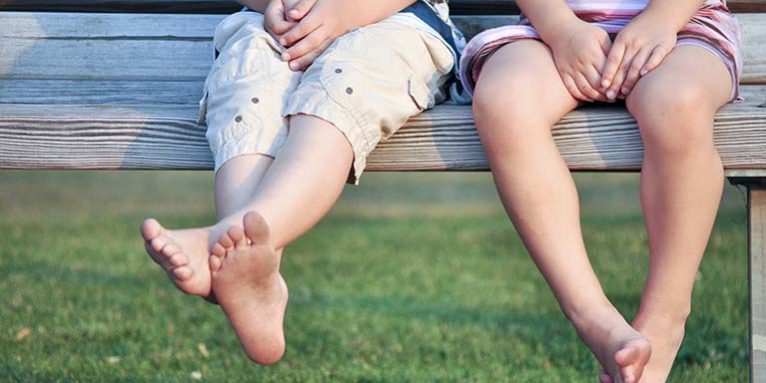 Impressive developments in the orthopaedic field regarding limb lengthening, which previously saw patients have external frames and wires implanted in order to encourage the process, have led to less invasive procedures being undertaken. However, despite innovation, parents will still undoubtedly have questions about safety.

Limb-lengthening surgery in children, when performed for the correct reasons and at the right time, is safe. These days, we use a special lengthening nail with a magnetic motor and gearing system inside it. Gone are the days where, for pure lengthening, we had to use external frames – or cages, as some people refer to them – to lengthen bones in children.

We now place metal in the inside of the bone, which is the same as the metal we use for trauma operations on a weekly basis. It has a small magnetic motor within it and the parent and child are taught how to use a handset that you put on a specific point of the bone which we’re trying to lengthen.

What happens during limb-lengthening surgery and procedure?

During surgery, I cut the bone at the appropriate place and then the handset is put over this area. Usually three times a day, we lengthen the bone and in total by one millimeter. In either the leg or the thigh we can get five centimeters of lengthening, which means 50 days of lengthening for some children if required.

It can be uncomfortable during lengthening, but it’s nothing that can’t be managed with normal painkillers.  The usual risks of surgery are there, which are very low in children. I’ve not seen them, but things like infection can always happen with surgery and we’d be able to treat that with antibiotics.

You can certainly get stiffness in the joints when we’re lengthening bone. Because if you imagine just lengthening the bone, the muscles and tissues get stretched along with that. With regular follow-up and appropriate physio, we can prevent those complications occurring.

If the pain or the stiffness gets too much, we can slow down the lengthening which is the great thing about the type of process now we use. We can slow it down and then speed it up again to achieve what we’re trying to achieve. Overall, limb-lengthening surgery in children is very safe.

Are there risks involved in limb-lengthening surgery?

There are risks, which I would discuss with parents at length if they were thinking about going down the route of limb-lengthening surgery. Because children’s bones heal so well, they tend to be more supple and they suffer less stiffness than adults do.  We don’t tend to see the same complication rate in children who undergo limb-lengthening surgery.