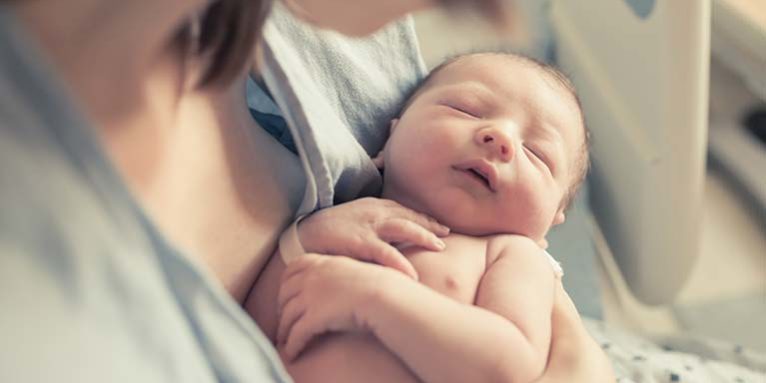 Despite the fact the majority of babies born with hip dysplasia can be treated without surgery, there are procedures that still need to be undertaken as soon as possible in order to address the condition, so it doesn’t lead to complications in later life.

Top Doctors speak to leading consultant orthopaedic surgeon Mr Thomas Crompton, who reiterates the importance of the diagnosis and treatment for hip dysplasia.

What happens if my child is born with hip dysplasia?

If your child is born with hip dysplasia, it means that the ball and socket of the hip joint has not developed properly. Now, it’s a huge spectrum of a condition. Sometimes the socket just hasn’t formed snugly around the ball, and it may be a little more vertical like this.

Sometimes the ball is completely outside the socket. And that’s a dislocated hip. And hip dysplasia covers everything in between those two as well. Now, approximately one to three in a thousand babies are born with hip dysplasia and the majority of those can be treated without surgery.

We also know that a breech presentation, certainly in the last three months of pregnancy is a very important risk factor. Both these things; family history and breech presentation will get you involved in the screening program in the UK, which means your child will be offered an ultrasound within the first six weeks of life. Other risk factors we know are less important, but firstborn and female children are much more likely to be affected with hip dysplasia also. Those are the most important risk factors.

How is hip dysplasia diagnosed?

Now the diagnosis of hip dysplasia is interesting, certainly to me, because it depends on the country in which you were born.  Many countries such as Austria, Germany, those in Scandinavia and elsewhere, do universal ultrasound screening.

That means every baby has an ultrasound of their hips within the first six weeks of life to rule out hip dysplasia. In the UK, we’ve done something different since around the late 1980s. We do a selective screening program, which involves a physical examination of all children at birth, followed by selective ultrasound screening, depending on the risk factors and those examination findings.

What are the factors that lead to an early diagnosis of hip dysplasia?

At the moment, if your child is a breech presentation in the last three months of pregnancy, or if you have a first-degree family relative who has hip dysplasia, you qualify for an ultrasound scan in the UK automatically. Also, if the doctor who examines your child’s hips at birth, feels like there’s an abnormality, you also qualify for an ultrasound scan. So that is how we diagnose in the UK. Moving forward, we would like to have universal ultrasound screening because it is safe and effective, and it would prevent many of the late diagnoses that we see in our clinics.

What happens if hip dysplasia is untreated?

Hip dysplasia gets worse over time if untreated. If you have a dislocated hip, that’s very likely to be picked up, diagnosed and treated. And then if it’s treated successfully and your child has a normal hip at the end of treatment, it’s very unlikely to get worse with time.

We know that probably half of hip replacements in adults that are performed on those under the age of 50 had mild hip dysplasia that was untreated as a child.

The symptoms and wearing out of the joint will certainly get worse with time. But if treated at a young age and the treatment is successful, which it is in the vast majority of children, then there’s no reason for the hip dysplasia to cause long-term problems.

How is hip dysplasia treated?

Hip dysplasia treatment depends entirely on the age at which the child is diagnosed. If it’s diagnosed before the age of four months, we can use a simple splint that holds the hips in a flexed and out-to-the-side position to hold the ball snugly in the socket. The allows the socket and hip to develop properly. The outcomes of this are almost universally good, with 95 per cent of children achieving normal hips at the end of treatment. The younger the age of the diagnosis, the better the outcome.

If we wait until six months for treatment or the child is diagnosed at six months of age, it usually involves a small surgical procedure. We have to cut a tendon to allow the hips to get into a better position, and then put them into a body plaster cast called a hip spiker to hold the hips in a reduced position. This hip spiker is on for three months with a change of hip spiker in theater at six weeks.

If we go to the next stage and children are diagnosed later, particularly a year or after a year, it involves a more extensive surgical procedure. This depends on the severity of hip dysplasia, but always involves an open reduction where we have to remove any tissue that blocks the reduction of the hip.  Often it involves surgery to the pelvis so the cup is placed into a more normal position. Sometimes it involves surgery to the top of the thigh bone to shorten or rotate it to get a proper snug fit of the hip joints.

Overall, the earlier the age of diagnosis, the less invasive the treatment and the more successful the treatment.

Is risky paediatric limb-lengthening surgery a thing of the past?
September 2021