A parent’s guide to DDH in babies and young children 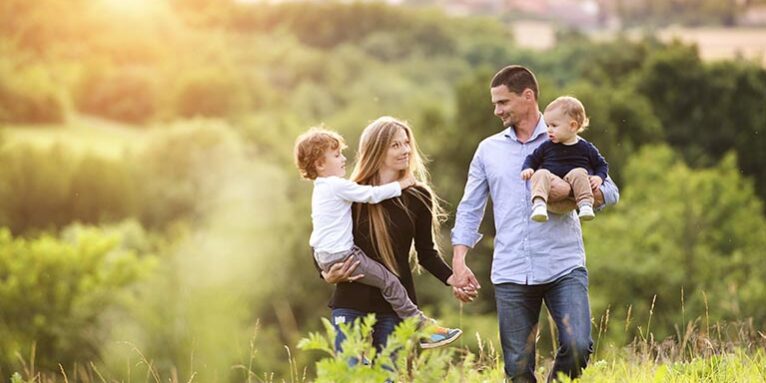 Developmental dysplasia of the hip (DDH) is a health problem with a child’s hip joint in which the thighbone (femur) does not sit firmly in the hip socket. In this article, one of our top consultant orthopaedic surgeons, Mr Thomas Crompton, explains how this condition can affect your child, what the symptoms are and the treatments available.

DDH is a hip condition in which the ball and socket joint of the hip doesn’t form properly in babies and young children. The socket (acetabulum) is typically shallow, which means the thighbone doesn’t fit fully inside. This can lead to looseness or instability. It can be present in either hip but happens more frequently in the left hip.

Around one to two babies per 1,000 are diagnosed each year with DDH. It is usually caused by genetic factors, meaning it tends to run in families.

Additionally, girls are more predisposed to having DDH, as well as firstborns and babies born breech. Another risk factor is a low level of amniotic fluid during pregnancy.

How is DDH diagnosed?

As mentioned above, a physical exam may show that the thighbone can be pushed out from the socket. However, further investigations are needed which will depend on the age and size of the child. If the child is under the age of six months, then an ultrasound may be used. Otherwise, an X-ray may be used. A physical examination alone can not rule out DDH.

What are the symptoms of DDH?

Some babies don’t show any symptoms of DDH, while others do. These may include:

What is the treatment of DDH?

The treatment of DDH depends on the child’s age. If the condition is diagnosed later then it may be more complicated to treat and lead to pain or osteoarthritis by the time they reach early adulthood. They may also develop other problems such as a difference in leg length or a limp.

That being said, some children who receive treatment at the right time, may still go on to develop some problems. Ongoing X-rays and monitoring will help to reduce this risk or identify early as to whether further treatment is needed.

Newborns – up to four months old

A Pavlik harness is used for children up to four months old. This is a specially designed to gently align the hips, but still allows the legs to move. Parents can use this device while still carrying out normal daily care for their child, such as dressing or bathing.

Six months to one year old

For slightly older babies, a body plaster cast, also known as a spica cast, may be used to keep the hip bone in place. This closed reduction procedure is carried out under general anaesthesia so the doctor can gently position the thighbone in the correct place. Following the procedure, the parents are supported on how to look after their child in a cast.

One year and older

If the closed reduction procedure mentioned above was carried out but was unsuccessful, then the next step in treatment would be open surgery. During which, a surgeon makes an incision at the baby’s hip, to be able to see the bones and soft tissues. The thighbone may be shortened, or a pelvic bone cut, to fit the bone fully into the socket.

To make sure the bones are in the right position, a doctor will use X-rays during the operation. Following this, a cast will be used to keep the hip in the correct position.

Is risky paediatric limb-lengthening surgery a thing of the past?
September 2021