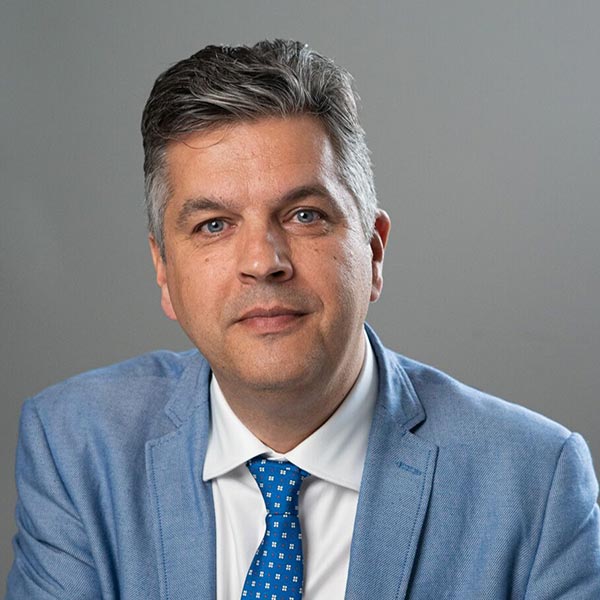 Super-specialist knee surgeon Mr Ronald van Heerwaarden is a globally renowned authority in knee osteotomy, knee joint preservation surgery and limb deformity correction, and is one of the few surgeons worldwide to have dedicated his entire practice to these specialisms. A pioneer in the development of new surgical techniques and instruments, he is also a highly sought-after speaker, teacher and much-published author in his field.

Working at practices in London, Abu Dhabi and the Netherlands, Mr van Heerwaarden is also frequently invited to perform surgery around the world and enjoys a global reputation as a teacher and innovator in the area of ​​limb deformity corrections.

After studying medicine at the Free University of Amsterdam, he trained as an orthopaedic specialist in Amsterdam (Academical Medical Centre) under professor René Marti. He started his orthopaedic practice in the Sint Maartensclinics and established the Limb Reconstruction Centre and the Limb Deformity Reconstruction Units which he headed in the Netherlands for 13 years.

He has worked as a consultant specialising in knee osteotomy in the International Knee and Joint Centre in Abu Dhabi since 2016, when he also moved to Kliniek ViaSana, in Mill, the Netherlands to start a new Centre for Deformity Correction and Joint Preserving Surgery. He has now brought his considerable expertise to London.

Renowned for his innovative approach, surgeons from all over the world visit his practices to learn about the latest surgical techniques and his technical innovations, including the invention of plates for the fixation of bones during osteotomy surgery and his work on the development of the frame used for knee joint distraction.

An outstanding and vastly experienced educator, he has written over 100 scientific peer-reviewed research articles, published DVDs and books and presented over 500 lectures and surgical skills courses in the field of osteotomy and limb deformity correction.

Approximately 80% of his current caseload is patients referred from other surgeons seeking his expert opinion and course of treatment. Not only adults are referred for joint preserving treatment, he also treats children aged 12-18 for lower limb bone deformities.

Mr van Heerwaarden is constantly engaged in research to further knowledge in joint preservation surgery, so patients can live an active life longer without disability or impairments and without needing prosthetic replacements of their joints.

Mr van Heerwaarden sees patients in London in several locations. You can be treated at: