Successful shoulder stabilisation sees Joan back to pursuing her passion for acting, after fear of repeated dislocation. 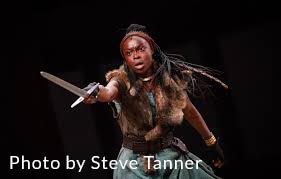 In 2016, Joan experienced a traumatic shoulder dislocation when she collided with her work colleague whilst acting. Following this initial injury, Joan attended A&E to relocate the shoulder and underwent significant rehabilitation to stabilise the shoulder. Unfortunately, in 2018, she sustained a further dislocation to the same shoulder.

Since then, her shoulder felt unstable and Joan became very apprehensive about doing certain movements, such as moving her arm overhead. Joan comments that, “I’m an actress and the injury was hindering the full range of what I was being able to do physically.”

Initially, Joan undertook a physiotherapy programme with a renowned physiotherapist, Andre Le Leu, to help stabilise the shoulder and minimise the stiffness. However, she became aware that non-operative treatment methods and good rehabilitation were not sufficiently stabilising the shoulder and that surgical intervention may be necessary.

Following his diagnosis, Mr Noorani discussed a variety of non-operative and operative treatment options with Joan and explained that his recommendation was to perform an arthroscopic stabilisation of her right shoulder for type I/II instability. In December 2019, Mr Noorani and his expert team successfully performed this operation and, within a few days, reported that she was making good progress and they had no concerns.

Six weeks after her surgery, Mr Noorani was pleased to see that Joan’s rehabilitation programme with Andre Le Leu was going well and that she already felt that her shoulder was stable.

Three months following her surgery, Joan continued to do really well and Mr Noorani reported: “Joan’s progress so far has been excellent. The shoulder is stable and she is able to do a lot of activities, including press-ups and other weights, with a shoulder that feels very stable. There is also no pain. Examination confirms a stable shoulder with no apprehension.”

Following her successful procedure, Joan is pleased to say that her shoulder is feeling “stronger than ever” and she has a “full range of movement and a feeling of stability.”

To summarise her experience with Mr Noorani, Joan explains: “Mr Noorani has been a brilliant surgeon from start to finish. I was incredibly well informed from the first consultation, through treatment and throughout the rehabilitation process. He has been incredibly supportive and attentive. Mr Noorani understood the demands of my profession and was encouraging and detailed in his approach to help me resume my craft, with more capabilities than before.”