Reconstructive surgery following a serious accident left Li in pain and looking for a long-term solution. 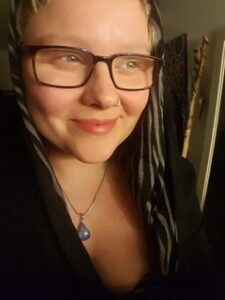 Li had been a patient of Professor Heidari for five years. She was initially referred to him after a serious accident. She had had reconstructive surgery on her right foot, however after years of trying to adapt to the limb as it healed, she began suffering from stress fractures and very severe pain that became unmanageable. Li decided based on previous advice that she wanted to elect to amputate her foot.

She explains the problems she was having: “All physical exercise including walking, using stairs, standing etc caused pain, not only in the foot but throughout the right side of my body. I was struggling to sleep because of the discomfort. My mood was suffering severely because of this and rather than my quality of life increasing over time, I felt that the more I did, the more pain I suffered.”

Having met with Professor Heidari again they agreed on amputation below the knee of Li’s right foot, matching the length of shin remaining on the left side (which had previously been amputated below the knee). She would then be admitted to a rehab centre for two weeks and have intensive rehabilitation with Pace Rehabilitation shortly afterwards.

Following this procedure Li is now comfortably walking on two prosthetics, sometimes with one crutch or a cane, occasionally without any aids. While she is still in the midst of rehab and building up her overall fitness and core strength to enable longer periods on her legs and access to more physical activity, she says: “I am almost pain-free aside from the pain that follows especially taxing days (such as days where I’ve attended a very strenuous physio appointment).”

Li continues: “I sometimes wish I had opted to amputate this foot years ago rather than going through the process I did removing my talus (large bone in the ankle) and spending a year in the frame that fused my leg back together in its new state. However, I think if I had done that I would always have wondered ‘what if’ and so despite how hard this five-year period has been, I believe I was right to listen to Professor Heidari in the first place and opt for the fusion treatment. Having said that, I was very aware that I wouldn’t be able to live the whole rest of my life with such a damaged foot, particularly as I was already using a prosthetic on the left side (and therefore had no ‘sound’ leg to depend on).”

She had this helpful advice for other patients considering such a procedure: “My advice would be that if you reach the end of your tether with a foot that is permanently and irreversibly injured as mine was, and you think amputation may be for you, you’re probably right. I haven’t had a single moment of regret or ‘loss’ since I had the second surgery. I’m much happier and less traumatised by living as a double amputee than was my experience of living with a foot that caused so many issues and was so unpredictable from day to day. My final piece of advice is that physio is boring and frustrating but ABSOLUTELY KEY to recovery, so don’t skimp on that part of the process!”

Li summarises her experience: “Leading up to the time in 2020 where continuing to live with my injured foot stopped being feasible, I was doing quite well managing day to day life with an ankle fixation orthosis and a strict regimen of rest and recovery between days of being relatively physical. But, when the time came where walking became impossible and the injuries to my foot were affecting the overall comfort of my leg, hips and back, I knew what I wanted to do and was keen to get an amputation of the limb as quickly as possible. I worried that Professor Heidari would mistrust my decision but was extremely grateful to find that he understood my certainty and was prepared to accommodate my sense of urgency in the matter. I was operated on less than a month after our initial consultation and haven’t experienced a moment’s regret since. Each specialist I’ve worked with since my operation has commented on the quality of the residual limb that Professor Heidari has left me with, and I was very pleasantly surprised at how quickly the wound itself healed. He used soluble stitches so I didn’t have to go through having staples or stitches removed, which I was also very pleased about. I was walking on my first prosthetic leg around a month and a half after surgery, which also marked speedy progress and indicated to me that a good job had been done. It is now four months since I had the operation and I am using pain relief only as needed, as opposed to relying on high doses of background opiates or neuropathic pain relief, which honestly is a big surprise to me given how much I suffered after my first below knee amputation (which was done in a traumatic context and by a different surgeon). Overall, I am exceedingly happy that I went to Professor Heidari for my surgery and feel very lucky that he was available to help me. He is personable, trustworthy and doesn’t talk down to patients in any way. I felt reassured and optimistic after speaking to him at the initial consultation and his open communication style and dependability played a big part in my resilience during a very challenging time.”

Professor Heidari concludes: “Li has been through so much over the last five years and I’m so pleased the amputation of her right foot has proved to be the right option for her. I wish her well with her continued rehabilitation.”